THE THUNDER OF THE BLUE ICE - GREENLAND 2017 - Part 2: Halibut and Huskies 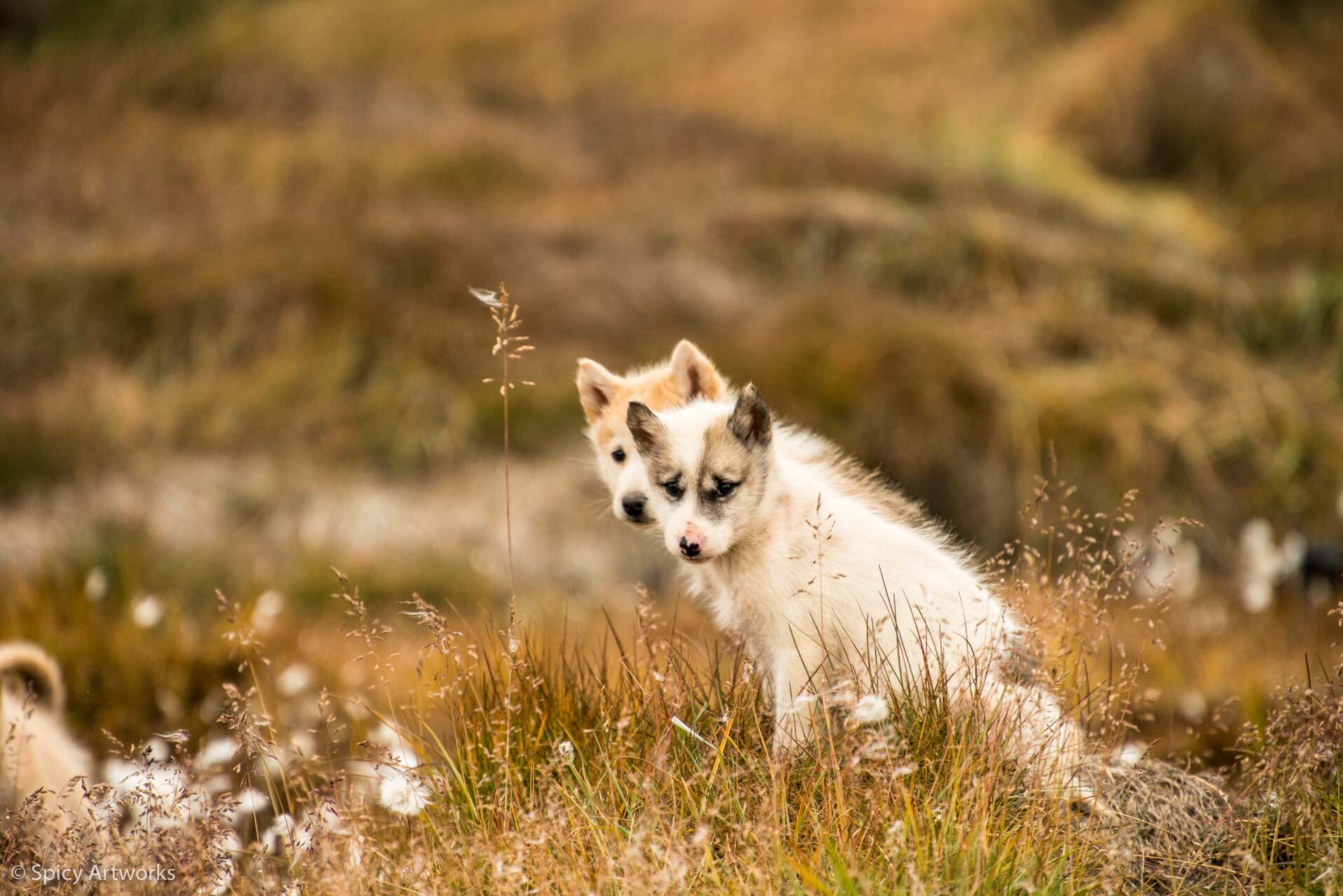 In Ilulissat they catch a 22 m long fin whale and sell its fresh meat to the restaurants. It tastes a bit of liver and beef. Is not a fish, but a mammal. Very tasty at Willi in his Inuit cafe: Whale in red wine sauce with Spaetzle plus beer and wine. Almost everywhere in Germany it is so expensive, the delicious Halibut on top of a menu. Herring is only available in Denmark not in Greenland. But there are massive shrimp and so-called "Snow Crabs". Plus international side dishes - all imported. In Igaliku there is a "Sealburger" and in the evening whale goulash, in Narsasuaq French fries with crispy fried sausage pieces. A large beer costs 10 Euros to pay in Danish Kroner, a glass of wine almost 10 - 15 Euros.

The huskies - other dog species are not allowed in Greenland! - are all connected to the bare rock on a leash of max. 5 m. As they are told, they are tormented. They want to run only in winter when a lot of snow has fallen. They are beautiful, especially the puppies. Musk oxes (only the fur ), reindeers (only the antlers ), polar foxes (only the fur), whales (only the meat as a fillet for eating), polar bears (only on photos): misrepresentation! We saw a snow bunny at night. Unfortunately, the photo has not been good ...

1. A young naked Italian woman is photographed on an iceberg (not by us!)

2. The 64-year-old Willi, a German, has been doing sightseeing boat tours in the Disco Bay for nearly 25 years. He and his wife from Sri Lanka have a small restaurant called "Café Inuit" in North Greenland

3. Not done for a long time: flush toilets with ice-cold, self-collected water in the plastic bucket

5. Once again a Willi - this time the musk ox with its own monument in Kangerlussuaq

7. We drink martini with pieces of 1,000-year-old ice from the glacier called Qooroq, which lies directly in front of us

9. With Lars, a Danes, we catch large cod in front of Tasiilaq and Kulusuk