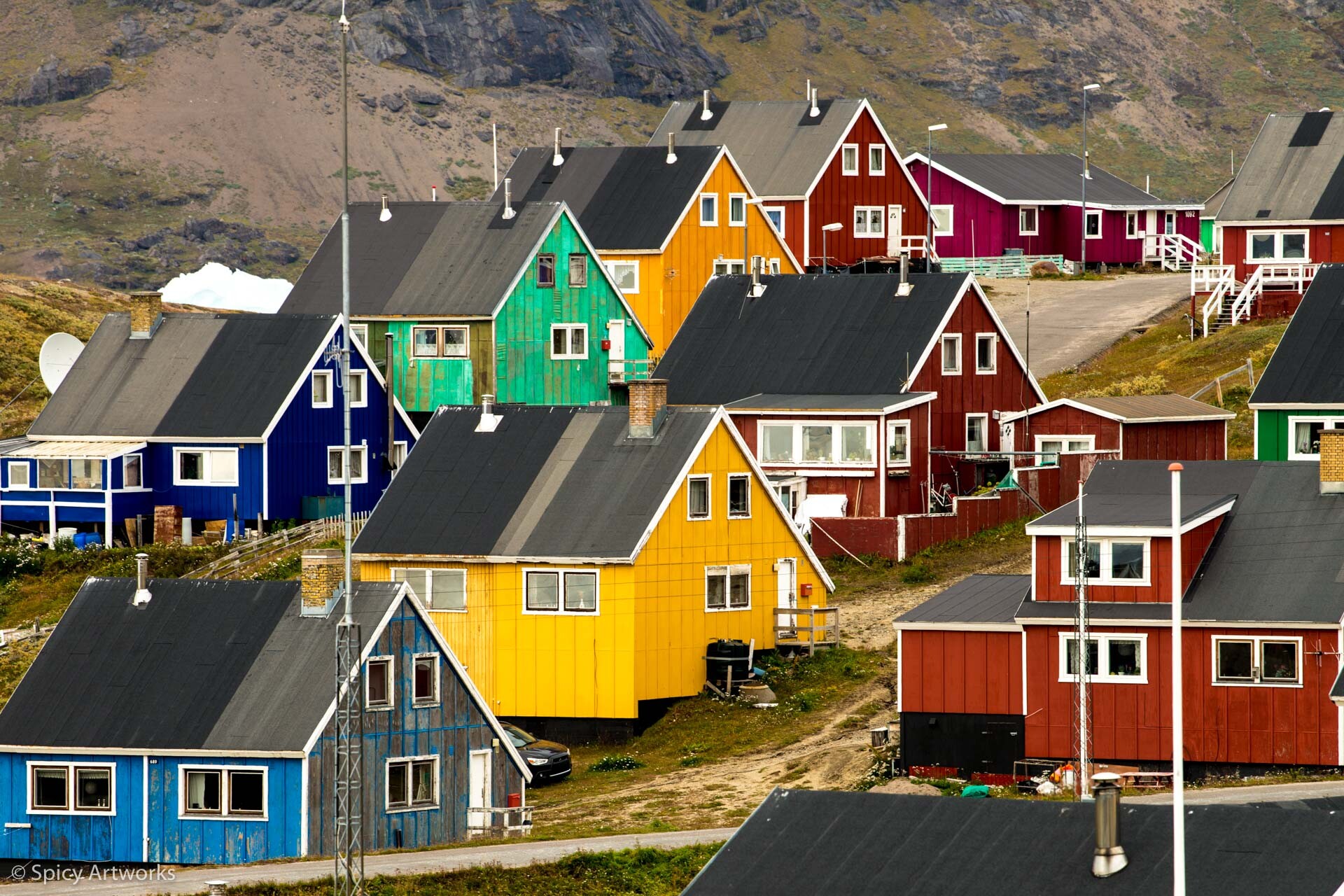 The local tour operator monopoly has probably "World of Greenland" to the west and north of Greenland, to the south it is "Blue Ice Explorer". They are ubiquitous, but quite fit and friendly. All young people. But nothing is given to you.

The planned boat trip to Ilimanaq falls out because in the harbor there is the water within seconds so high and then again slips off, so that one can not get off without risking your life. For this we photograph a lot of very young Huskies in Ilulissat. Make some timelapse videos at the Icefjord and interesting shots of the workers at the harbor. Narsasuaq and Kangerlussuaq are actually airport places. A few houses around it, thats it.

We are waiting for the famous polar lights, but they came so far only once for two minutes. At the Glacier Lodge Eqi in the evening/night a dreamy, clear sky. Everything is ready: Star-photography misreport, it is dark first around midnight. A storm blows the long-awaited northern lights away. After a week still no Northern lights! Too many clouds. But then the surprise: In Narsaq we get out of bed at night and go to a spit of land above three bays/fjords. It is 2 o'clock at night and very cold. The unbelievably luminous and dipping northern lights are reflected on the smooth surface of the water. That was our goal. At 5.15 we are back in bed with ice-cold toes. It was sensational.

We visit Nuuk, the capital of Greenland with 16,000 inhabitants, and are eager to see how life is there. However, the town seems cold and lifeless. Plenty of concrete, no greenery, few people on the streets. No own flair or even a romantic atmosphere.

From Itileq we walk on the former King Street of the Vikings in pouring rain: 1.5 h to Igaliku. There are ruins and graves of Norwegian Vikings and Einar from 985 AD, the best friend of Eric the Red. The Ericsfjord is named after him. Igaliku is totally lonely and it rains all day. Andrea makes a few mist and rain pictures.

East Greenland. Tasiilaq and Tiniteqilaag. The Ammassalik Island. The Sermilik Icefjord. Life in the settlements there is lived slowly and without time pressure. The exact time is not decisive for the hunters. Instead, the tide, the wind, the visibility and the conditions on the ice determine the beginning and the end of the workday. It is also said that "in the settlements the original Greenland is best known".

Air Greenland receives a special praise from us as well as Icelandair. We love the little red propeller airplanes. The weather in the two and a half weeks of September: sun, blue sky, rain, storm, fog, a "misty", pale autumn sun, a bit snowy. The temperatures of the day were between plus 1 and 5 degrees (in the shade) and at night mostly not colder than minus 2 degrees. Warm, wind- and waterproof clothing in the tried and tested "Zwiebellook" (we don't know the english expression for that word!) is a must. The internet including WLAN / WIFI is super expensive.