KESCHTNRIGGL, SO WHAT IS THAT? - SOUTH TYROL 2019 - Part 3: IMPRESSIONS FROM THE DOLOMITES 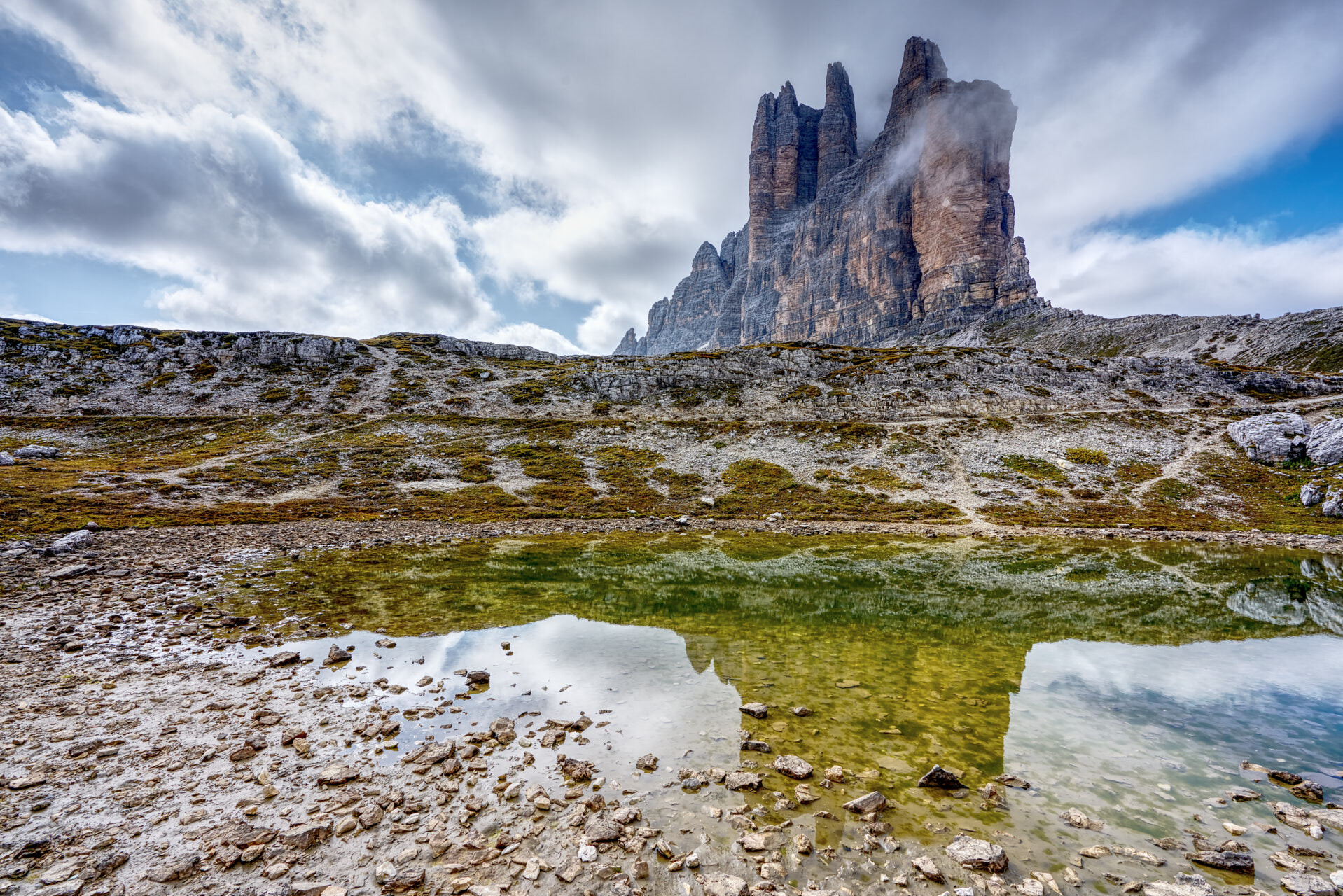 Before our visit to Lana and the surrounding area, we had decided to take photos of some beautiful impressions of the really overwhelming mountain massifs and peaks of the Dolomites. We have chosen Cortina d` Ampezzo as the central starting point and overnight stay for four days in order to make small excursions to mountain lakes and particularly exciting photo locations from there. And please don't be disappointed: All of them are of course long known in the experienced travel, hiking and photography world and have already been visited many times. Nonetheless, we dared to do it again. For this reason, there is little text at the end of our photo report, but all the more to see the pictures of this magnificent mountain and lake world. And these were our main photographic goals:

West of Cortina via the SR 48 to the Falzarego Pass and then the hiking trail no. 441. Duration (one way) about 45 minutes We found it, but were visibly disappointed. Because he was missing at least two to three meters of additional water level. In short: Far too little liquid in the lake. As good as no reflections possible ...

Southwest of Cortina d`Ampezzo via the SP 638 to a maximum of Selva di Cadore and back again. The 360 degree panoramic view on the pass is awesome !!

You can reach it thanks to a short toll road (30 euros) that starts in Misurina and leads to the Auronzo hut. Then hike from the parking lot at 2,320 m above sea level via path no. 101 to the Drei-Zinnen-Hütte (or even further). But be careful: the hut will be closed from September 30th ... Duration (one way with brisk steps including uphill) at least 2 hours. We didn't see all of the famous Three Peaks. Unfortunately, the many clouds did not want to clear. The next time we walk one hundred percent to the Drei-Zinnen-Hütte when the weather is clear - and even further. Taking pictures from the very back has to be another dream. Including the many small lakes and hills that can be seen there .......

Lake Antorno is a small, idyllic water level at 1,866 m, nestled between green, centuries-old forests and lofty mountains. It can be reached via the road that leads from Misurina to the Three Peaks. There was too much wind that day. Hence zero reflections. The lake was also 75% covered with algae .....

North-east of Cortina via the SR 48 to the lake. There was definitely too much wind that day. Nothing with the long-awaited water reflections ....

ST. MADDALENA AND CHAPEL TO SAINT JOHN NEPOMUK IN THE VAL DI FUNES

Travel time from Cortina via the SR 48, SP 24, SS 244 and SP 29 about 2 hours. Always thankful photo opportunities of these two small churches - especially when the sun is shining. Unfortunately she didn't do that right for us .....

Located west-southwest of Bolzano. Emerald green to turquoise blue, unbelievable! But almost all trees on the bank and in the area are no longer there due to a hurricane in summer. Unfortunately it looks very bare there now. Not very photogenic ...

The water surface of the Karersee is not only green or blue or black like the other mountain lakes, it shimmers in all colors. The Dirlingers, who are said to have lived here as miners, explained it this way:

A beautiful water fairy once lived in Karersee and often sat and sang on the shore. But she was very shy, and whenever anyone approached the bank, she quickly went into hiding. One day the wizard of Mansaré came by, heard the mermaid sing and fell in love with her. But with all his magic he did not want to succeed in kidnapping the mermaid. Then the witch Langwerda finally gave him some advice: "Stretch a rainbow from Latemar to Karersee. The little Nix will get curious and want to know what it is. But you disguise yourself in an old dealer who, apparently unintentionally, from the fabric of the Regenbogen tells, from which the air jewels are made. Once you have it, you can easily catch it. " The wizard took the advice but forgot to change his form, and the water fairy recognized him. She disappeared into the lake, never to be seen again. The warlock was so angry that he tore the rainbow from the sky and threw it into the lake. But this melted in the water and spread out on the mirror of the lake. Since then, the Ladins call the lake "Lec de Ergobardo", the "rainbow lake".

OUR VIDEO SPECIAL TO END

to look at, enjoy and listen to:

KESCHTNRIGGL, SO WHAT IS THAT? - SOUTH TYROL 2019 - Part 2: EXPERIENCE SWEET CHESTNUTS WITH ENJOYMENT
BRITTANY IN WINTER - TO THE BEAUTIFUL END OF THE WORLD