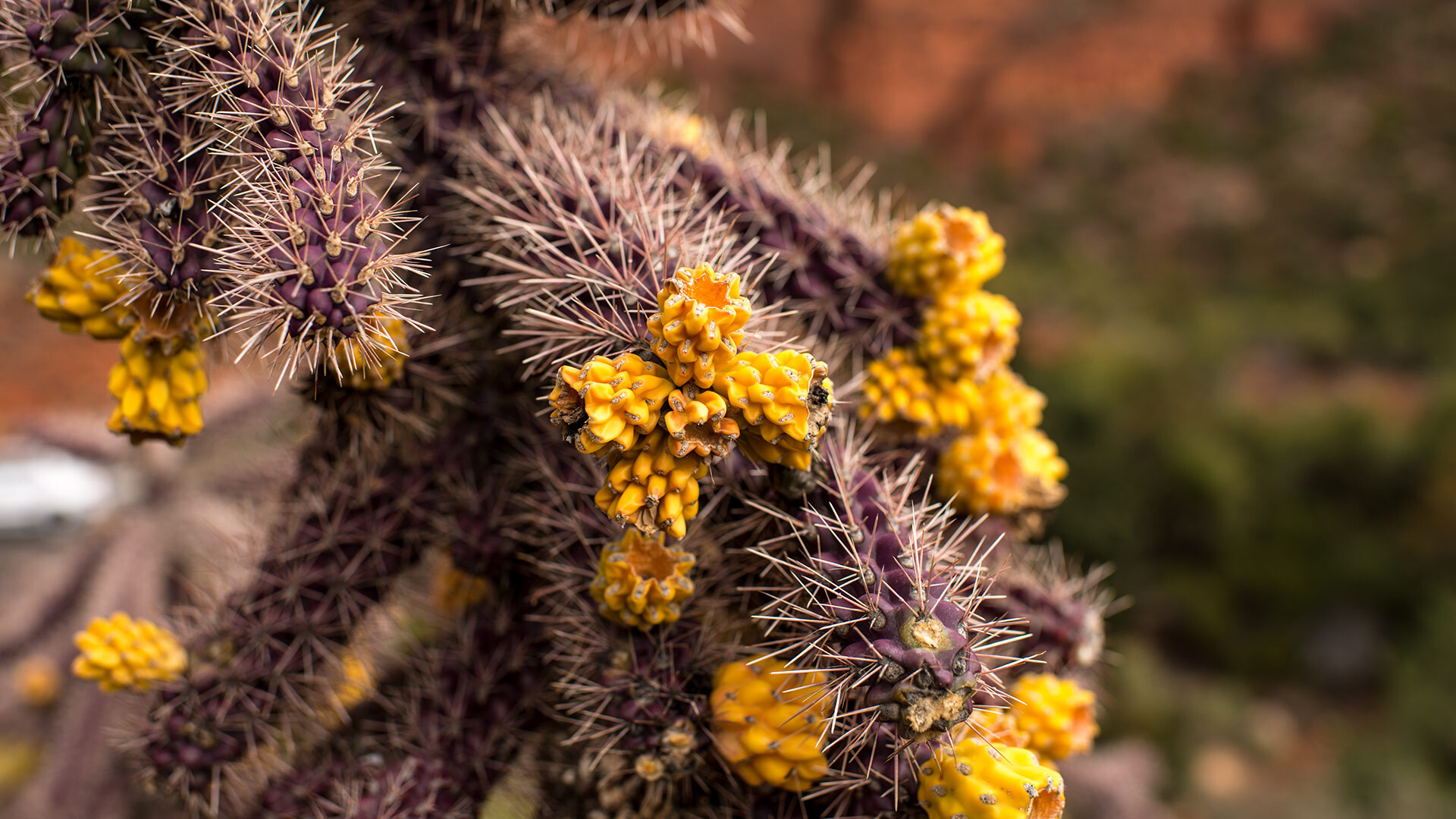 What are "Saguaros"? It's a particularly very big, many-armed gray-green to green cactus species (pronunciation: "sah-uah-roh"), which are not easy to photograph. When they bloom, they are even more beautiful. The Joshua Trees in the Mojave Desert, which can reach a height of up to 15 m, are also very impressive. Named by Mormon pioneers according to their prophet Joshua. With "high arms raised" this great yucca plant clearly showed them the way to the promised land. Well and then there are still the Cholla cactus, which have really nasty barbs. That's why they are sometimes called Teddybear cactus ...... We were often traveled at altitudes of about 2,000 m high plateaus and have been driven through numerous deserts (f.e. the Sonora Desert). There is hardly any vegetation. Except the typical, deadly ball round shrubs that often roll around the area or on the roads at windy days. They are called "Tumbleweeds". Unfortunately we could not see the Sequoia, the Giant Mammut trees. The NP was completely closed due to snow. Despite the winter temperatures, we had the impression that the fauna offered the different landscapes in the 6 federal states - whether below the sea level as in Death Valley or at an altitude of almost 3,000 m - nevertheless in such a wonderful way.

Regarding to the "Wild Animals" we did not have so much luck this time. Large, pitch-black ravens, a few deers and roe deers, a mountain lion (which is really not a lion, but a cougar), prairie hares and two real wolves. One of them rounded us on the road in the Death Valley near Badwater in a nearly perfect circle without letting the view of us. Then the hunger was greater than his fear, and he ate the few bits of Jerky thrown by us onto the dusty road. The photographer`s great luck.