CONTRASTS PURE - USA 2017 - Part 7: Our phototour through the Southwest 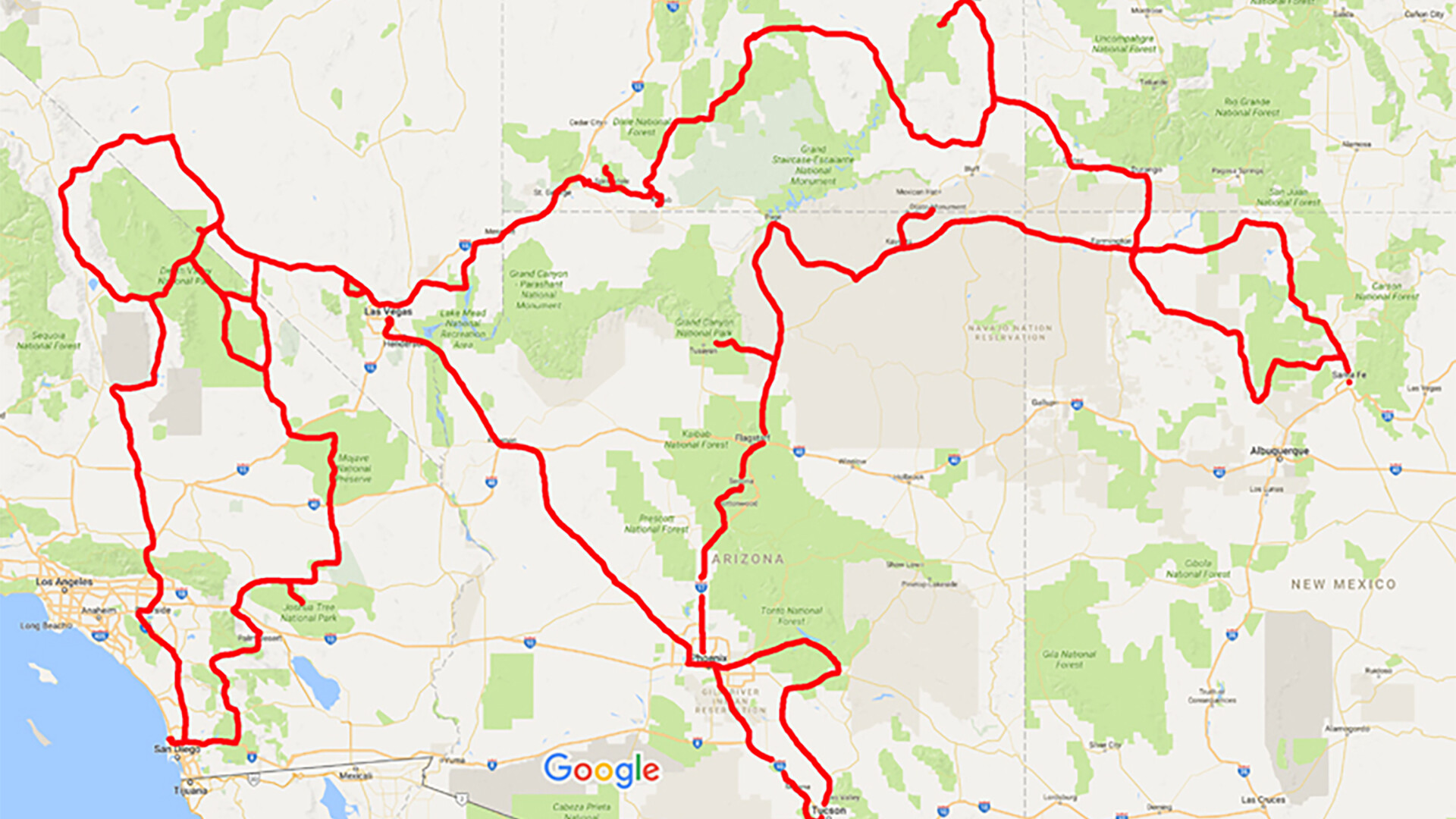 Overall we were 33 days on the way in January / February 2017 minus 2 days Condor direct flights = 31 days net. We visited 6 states of the USA (Nevada, Arizona, Utah, New Mexico, Colorado and California). The distance by car (a Dodge Durango SUV 4x4) was just over 8,500 km. Why at all in the supposed USA winter? Less tourists, not so hot outside, beautiful motifs without a lot of people, supposedly cheaper (but it wasn't!).

From Las Vegas to Hoover Dam and then to Phoenix. There a 1-day-round tour on the 1000 curves Apache Trail. Continue south to Tuscon with a visit to Saguaro Cactus Park West. Back north to Sedona surrounded by sandstone rocks and the very dangerous looking solid rock "Devils Bridge" with previous long walk. Next station was Page at Lake Powell (founded in 1957!) as the starting point to visit the two not really inexpensive but ingenious Antelope Canyons. A must have (but only with full sun over noon)! In the neighborhood you can find the not very small Grand Canyon. This time with lots of snow but still impressive huge and deep. Ice-cold and sublime the Monument Valley - magnificent and with an exciting gravel road. Then we tried to escape from the west-approaching huge US winter/snow storms and "fled" again east/south towards New Mexico: The destination was Santa Fe, the capital of this state.

Back in the north through southwest Colorado (Durango) to Utah and the Canyonlands village Moab with its two NP "Island in the Sky District" and "Arches" (endless rock arches and shapes). The last named one was our No. 1 of the entire trip. Over the Colorado up to Capitol Reef NP and back down to Escalante (Grand Staircase Escalante NP) and the Hole-in-the-Rock Road (e.g. Zebra Canyon, Tunnel Slots) and the Cottonwood Canyon Road (Kodachrome Basin), which both unfortunately were not passable because of to much mud and snow. The super-ice-cold Bryce Canyon presented in pop-orange red colors with white snow hats at 2,600 m (!) before we went into somewhat warmer plains to the beautiful Zion NP and the Valley of Fire near Las Vegas. The first time through the Death Valley via Trona and Ridgecrest towards California for a couple of sunny days to San Diego/La Jolla (30 km north of the Mexican border). The town with the "Midway","The Kiss" and a giant Zoo. Through the Mojave Desert via Palm Springs to the Joshua Tree NP (by the way, excellent for Free Climbers) back to Death Valley (this time intensively) and then finally 5 full days in Las Vegas. The Yosemite and Sequoia NP were closed because of snow, the Ghosttown Bodie at the Mono Lake unfortunately because of earthquake damages.

Very recommendable for this or a similar southwest tour is the travel guide "USA South West" by Hans-R. Grundmann and I. Synnatschke (published in 2017, 2nd ed., Reise Know-How Company).