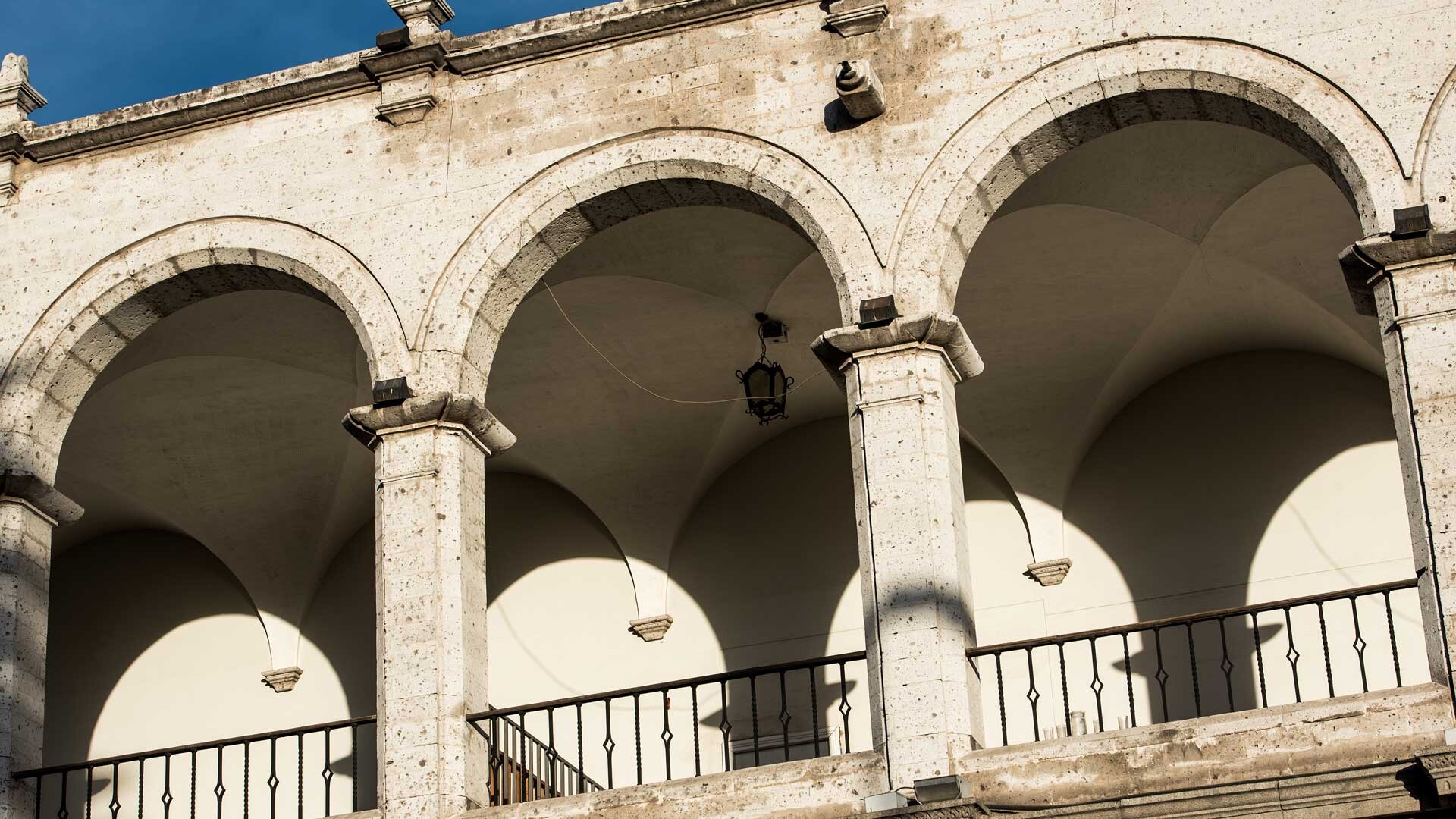 Together with the six other photo enthusiasts, my husband and the photographer, Gunther Wegner (our professional photo coach) we take three flights - one right after the other - from Zurich via Madrid and Lima to Arequipa, an Andean town at about 2,400 m altitude. Our group is nice, humorous and very ambitious. All are well outfitted with extensive photo and camera equipment, as no-one wants to do without, and to ensure we will not be disappointed from the start. The volcano "Misty" is perched above the village. Christian, a German fellow, who now lives in Bolivia, is our local and pleasant guide. Hundreds of rickety mini-taxis, narrow streets, colorful markets with delicious freshly squeezed fruit juices, unusual or exotic smells, and throngs of people. Fruits and vegetables never seen before - and all pronounced in Spanish or sometimes in Quechua, one of the national languages of Peru. South America has us now fully mesmerized. The origin of Arequipa, called the "white city", doesn't probably refer to the white Sillar rocks of volcanic origin, with which many of their old historical buildings were built, but instead to the lighter skin color of the people who once-lived in the city center. Spanish-speaking inhabitants forbade the locals to live in the city center.​

In the afternoon, we visit the Monastery of Santa Catalina with its unique Moroccan architecture. Everything lights up in red and blue combined with white and black shades. An so called "Eldorado" for photographers, but quite difficult to capture the variety of all the motifs with the correct image excerpts and exposure. Light and shadow, shapes and depth, color gradations - an endless story. But it's totally curious. In the evening our first panorama photo during the "blue hour": Shot on a windy church tower high above the city, despite a broken clamp of my tripod.

I AM A BERBERMAN - OR: IN MOROCCO ON THE FOOTSTEPS OF GAMES OF THRONES
IT DOES NOT GET ANY MORE COLORFUL - Peru 2016 - Part 2: The Flight of the Condor