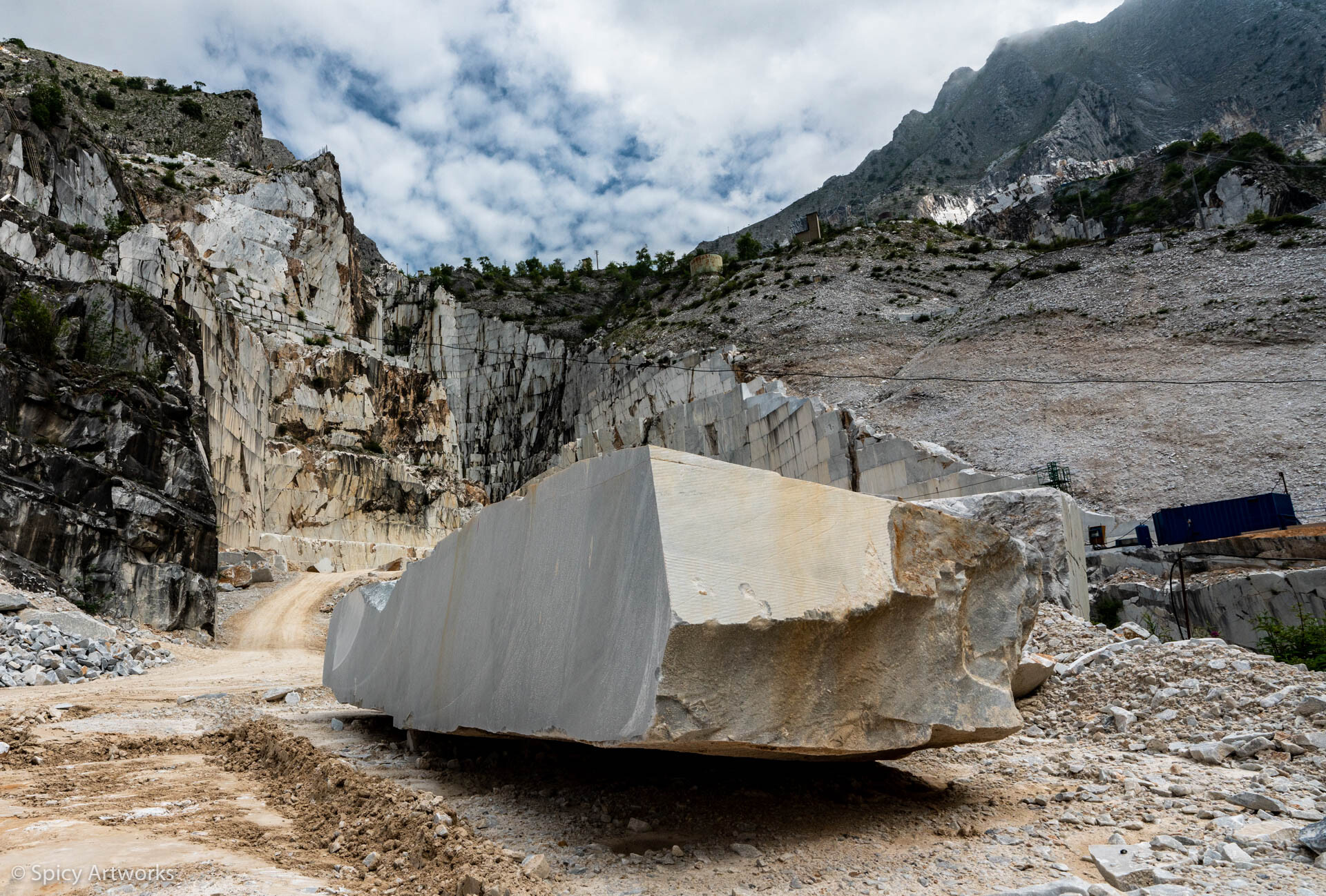 As well as nice and short holidays the photography of and for Spicy Artworks was of course the main focus of this European trip. And at this point and at the very beginning of the blog is our the final statement: Landscape photography is a real challenge. And drone videography is just as hard. But whoever does not, practices and tries, does not become a master. And so we did it too. We had luck with many, many cumulus clouds in the sky over Tuscany and also with almost no rain. The days were often very hazy, which on the one hand the use of polarization filters and best-of adjustments entailed and on the other hand often a clear view (and recording) on ​​the curved hills of the landscape was not possible. Yes, and then the many harsh contrasts of shadow and light between old brick streets and glistening sunlight. It was about finding the right micture between exposure and aperture. And finally the duration challenge, what I photograph in which way, so that later "THE PICTURE" is there.

THE TOUR THROUGH TUSCANY

Our 11-day photo tour started at our home in Meckenbeuren and then always to the south. More or less straight „down“ to the Mediterranean. Past Liechtenstein through Switzerland, through the long tunnel San Bernardino on a long meandering mountain road down from the Alps, over the Italian border, then by highway passed Milan to Genoa. After about 7 hours of driving we were finally at the sea and have eaten the first cappuccino and a yogurt with fruit in Rapallo. Welcome Italy!

The first stop was Carrara, the famous white marble city in the very north-west of Tuscany. From there we went via Pietrasanta to Lucca, which old town is surrounded by a 4 km long walkable wall. A short detour to Pisa, of course, to see the famous Leaning Tower. Continue south via the "Small Villages Tour" through Palaia, Legoli, Libbiano and the Castello di Volpaia. Before we arrive in San Gimignano, we come to the beautiful Volterra. The next stage (on a super hot day with up to 33 degrees C in the shade) was Certaldo (by rack railway), Castel San Gimignano, Val d'Elsa, Castellina in Chianti with the final destination Greve - in the middle of the Chianti. We are experiencing the very first crash of our drone, which makes itself independent on the edge of a row of cypresses and crashes into the branches. What a luck: no major damage! We believe, no street, no gravel road in Chianti was safe of us these days. So we drove through Radda and the very small village Gaiole to Siena, a wonderful place with a special flair (but more on that below), later on further south via Asciano, Montalcino to San Quirico d'Orcia, and of course at the end the famous Montepulciano. On our final day we pass Cortona and Arezzo on the right side. On the motorway passing Bologna, Parma, Milan, Como and back through the Swiss Alps to Germany.

What we did not visit were Florence, the Maremma and the Costa Degli Etruschi (= Western Mediterranean Coast (with the exception: Rapallo), Cortona and Arezzo. Our heads and our cameras were full of imanympressions, flagrances and images. Maybe a second time. But we have experienced Tuscany very intensively and extensively. We saw many US-Americans (as they come to Tuscany of all places?), a few Germans and - except for Pisa - only a few Asian fellows. But we got lots of vino rosso and saw even more red poppy.

Marble, stone and iron break,
but not our love,
everyting, everything comes to an end,
but we'll go on ......

True to the motto of Drafi Deutscher and his famous song we had to realize after a day in Carrara and its exciting marble quarries, that this white rock is really of noble smoothness and beauty. You can only love it. So we buyed a little snow-white deco apple made of Carrara marble for the living room. And so we will keep his loyalty in our way.

In our B & B we met Uga and Jacobo. A 25 year old turtle and the owner of our accommodation, an old mansion in the middle of Carrara. Sensational the three marble quarries Fantiscritti, Torano and Colonnata in the north of the city on the slopes and peaks of the mountains. They drill so-called "galleries" into the marble mountains. Huge square holes like tunnels during mining. Inside the noble rock is mined, but also outside. This is totally impressive. And you can really see the size when compared to the yellow-black Caterpillar vehicles. Everywhere superfine dust settles down, nothing remains without it. And in the whole area you can see buildings, stairs, sculptures, tables, benches made of the snow-white marble. The post office is just like the cathedral in Carrara once everything made of marble. What you shouldnt miss are the creepie marble tunnels for cars and trucks. For the more than 3,000 trucks a day, which drive up and down the mountains - loaded with large blocks of marble. And for us with our own car. Not lit, very narrow, single lane, dusty. And very long. Simply an experience!

At one of the three stone quarry places called Colonnata you can buy it: The "Original Lardo di Colonnata", the marble bacon. This is a snow-white bacon, which really does not taste like fat, but - cut in very thin slices and served with fresh Baquette and cool white wine – it tastes hyper-delicious.